Sri Ramakrishna Jayanthi was celebrated on 15th March with Spiritual fervour at Ramakrishna Math Ooty. People from all walks of life participated in the function. Even though the celebrations were muted due to Covid 19, around 250 people participated.

The function started with Managala Arati and chanting at 6.00 AM and a special Pooja at 8.00 AM. At 9.30 Sri Vishnu Sahasra nama chanting headed by Srimad Swami Raghaveshanandaji continued with Bhajans by Ramakrishna devotees of Nundala. At 11.00 AM Sri Ramakrishna Archanai was chanted and it was continued with Homam. At 12.30, Tamil discourse by  Srimad Swami Raghaveshanandaji Maharaj, after which the newly updated website(rkmooty.org) was launched,  continued by Bhajans by Sri Lakshmishwarananda and the function was concluded with Arati at 1.30 pm and distribution of sumptuous Prasad at 1.45 pm.

In connection with Sri Ramakrishna Jayanthi Math Sadhus and Volunteers went to a tribal village Chokkanalli in the midst of the forest on March 14th 2021 and celebrated with  Chokkanalli Village people. In this regard the village motor setup was refurbished and renovated so that the village people can use the motor and motor shed that was in a dilapidated condition.

The renovated motor room and the renovated Motor was setup and inaugurated and the Jayanthi function was concluded with sumptuous Prasad (Annadhanam) distributed to 200 village people.

The cost of renovated village Motor room and Motor was Rs 20,000. In Total Rs: 33,000  was spent on the function at Chokkanalli including Renovation and Annadhanam.

Narayana Seva for the poor was conducted where the monthly pecuniary help of Rs 200 each was provided to the selected around 100 poor and destitute people. Sumptuous Prasad was distributed to them as well. Total cost for the Narayana Seva was Rs 25000.

Around 81 people were distributed with sweaters and food at the Abdul Kalam Green Trust to the beggars stationed there at a total cost of Rs 23,000. 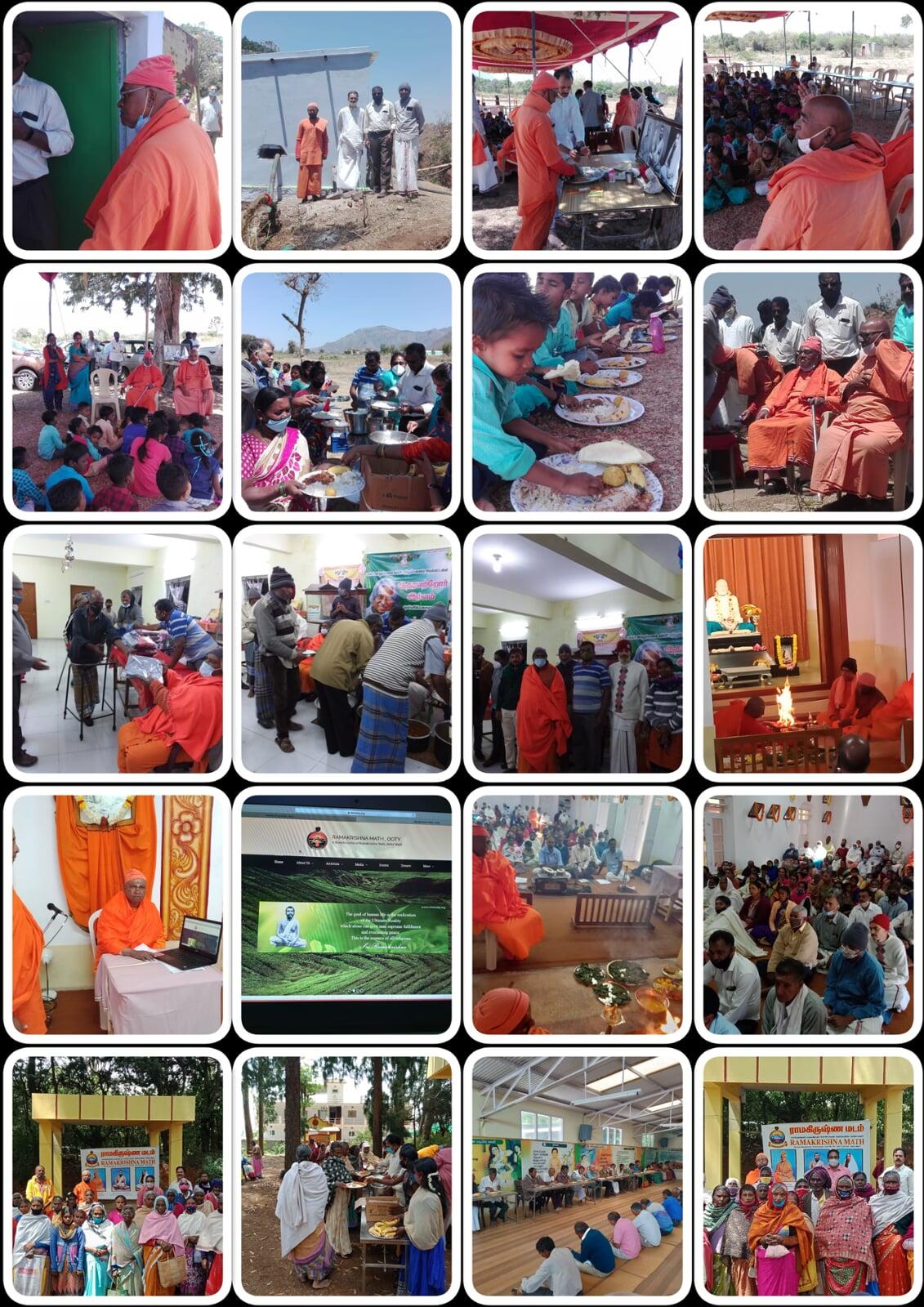